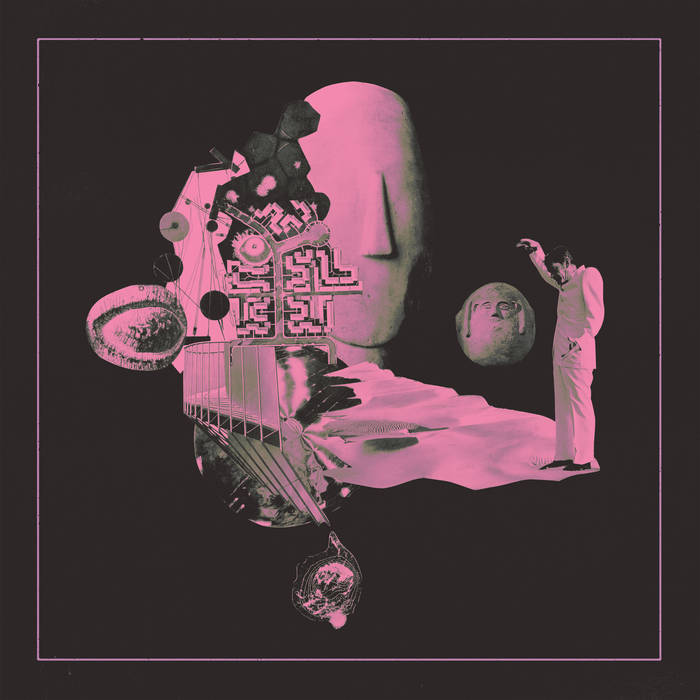 On April 30th, the French three-piece Veik will release their debut album, ‘Surrounding Structures’. Centred around vintage analogue synths and abrasive instrumentation, the band’s experimental post-punk is rooted in the 70s avant-garde, most notably Krautrock and No Wave. They reel off groups like Implog, Suicide or Indoor Life as inspirations, whilst existing in a similar world to contemporaries like Beak>, Suuns and Girl Band. Due for release on London-based label Fuzz Club Records, ‘Surrounding Structures’ arrives off the back of a handful of EPs and singles, tours around Europe and shows with the likes of The Soft Moon, Tomaga and Vanishing Twin.

Talking about ‘Surrounding Structures’, they say that “The writing of the album was heavily influenced by architectural environments. We made a lot of detours when touring in 2017 and 2018 to visit modernist and brutalist buildings in France, Germany and Belgium (which caused us many delays for soundchecks.)” Listening to the album, it’s quickly clear how the disjointed shapes and abrasive textures of brutalist architecture are manifested in their music. However, they claim that the ‘Surrounding Structures’ of the album’s title are also a reference to both the “physical and social structures that surround us, and how they shape us as individuals and collectives.”

Thanks to our families and friends

Three-piece band expressing itself with analog synths, guitars and drums.

Bandcamp Daily  your guide to the world of Bandcamp

Cannibal Corpse's George "Corpsegrinder" Fisher stops by for an interview